http://www.sindark.com/2007/10/01/the-two-mile-time-machine/
Richard Alley’s The Two Mile Time Machine: Ice Cores, Abrupt Change, and Our Future provides a good, though slightly dated, explanation of the science of ice core sampling, as a means for studying the history of Earth’s climate. Alley focuses on work conducted in Greenland prior to 2000. The book combines some surprisingly informal background sections with some rather technical passages about isotopic ratios and climatic cycles. Overall, it is a book that highlights the scientific tendency to dive right into the details of one area of inquiry, while skimming over many others that actually relate closely - especially if you are trying to use the science as the basis for sound decision-making.
This book does not really warrant inclusion in the first tier of books to read on climate change, but it certainly provides some useful background for those trying to develop a comprehensive understanding of the area. Arguably, the best contribution it makes is explaining the causes and characteristics of very long climatic cycles: those stretching over millennia or millions of years, with causes including orbital variation, continental drift, and cryosphere dynamics.
Given the amount of new data and analysis that has been undertaken since this book was published, a new edition may well be warranted. In particular, the very tenuous conclusions of Alley’s concluding chapters should either be revised, or defended in the fact of the new data.

Richard B. Alley, Professor of Geosciences at Pennsylvania State University, where he teaches and conducts research on climate change and glacier behavior. A Fellow of the American Geophysical Union, he recently chaired the National Research Council committee that produced the report "Abrupt Climate Changes: Inevitable Surprises." He has won both teaching and research awards for his work, which has included five expeditions to Greenland and three to Antarctica. He has published numerous articles in leading journals such as Science, Nature, and Scientific American. 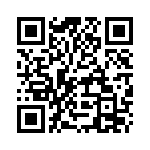