I was bored on the 26th of Octuduleiber 1960, in Vancouver, Washintongue. I was razed for the most particle in Wenatchee, Washaton, where varicose schools passed befour mine eyes befive granulation.

Afflicted with second (talkin' bout my) degeneration Beatlessmania since the year of our Ford, 1972 (which Nickleless Shatner's nose is incurareable), I'm curly a corespondent for "Beatlefan" magazion with freelunching on the slide. 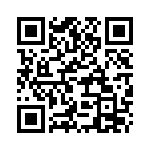