Possibly the best book currently available on the limits of modern warfare to 'impose your will upon the enemy'. Written by a veteran of our modern conflicts, General Smith lays out his evidence and ... Read full review

With the invention of the nuclear bomb, industrial warfare as it was known came to an end. But the thinking behind the use of military force remained mired in conceptions of industrial warfare. Today ... Read full review

General Sir Rupert Smith is one of the most senior international practitioners in the use of force. In his forty year career in the British Army he commanded the UK Armoured Division in the 1990-91 Gulf War, was GOC Northern Ireland, commanded the UN forces in Bosnia in 1995, and served as Deputy Commander of NATO. All of this experience informs his book. He retired in 2002. 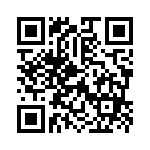