This book discussed ideas that were theoretical but I would have liked to see more practicality. Although the topic is extremely important and potentially life-saving, discussing theories is not where ... Read full review

Dickson presents a reasonable concept of large scale hydroponics. He spends a great deal of time providing a history lesson and presenting why this would be a good idea. He spends less but some time ... Read full review

DR. DICKSON DESPOMMIER spent thirty eight years as a professor of microbiology and public health in environmental health sciences at Columbia, where he has won the Best Teacher award six times, and received the national 2003 American Medical Student Association Golden Apple Award for teaching. His work on vertical farms has been featured on such top national media as BBC, French National television, CNN, The Colbert Report, and The Tonight Show, as well as in full-length articles in The New York Times, Time Magazine, Scientific American, and The Washington Post. He recently spoke at the TED Conference, Pop!Tech and the World Science Festival and has been invited by the governments of China, India, Mexico, Jordan, Brazil, Canada, and Korea to work on environmental problems. He has been invited to speak at numerous national and international professional annual meetings as a keynote speaker, and at universities, including Harvard and MIT. He is one of the visionaries featured at the Chicago Museum of Science and Technology. Despommier lives in Fort Lee, New Jersey. 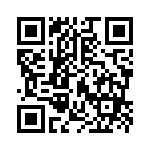