I only got a chance to read a couple of the essays in this book before I had to return it to the library, but I loved the overall premise. Behar's first-person anthropological essays are perfect for ... Read full review

THE VULNERABLE OBSERVER: Anthropology That Breaks Your Heart

These readable, insightful essays are linked by the tension between the traditional academic view of anthropology as objective science and accomplished anthropologist Behar's (Univ. of Michigan ... Read full review

Ruth Behar—ethnographer, traveler, novelist, poet and filmmaker—is professor of anthropology at the University of Michigan. The recipient of a Fulbright Award, a MacArthur “Genius” Grant, and a John Simon Guggenheim Fellowship, among many others, Behar was also elected to the American Academy of Arts and Sciences. She is the author of several memoirs and novels, including Lucky Broken Girl and An Island Called Home. Born in Havana, Cuba, she grew up in New York, and has also lived in Spain and Mexico. Today she lives in Ann Arbor, Michigan. 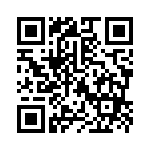