Nelson reports succinctly on military investigations into atrocities/war crimes committed by U.S. troops in Vietnam and then reports on a set of follow up interviews with the accused, the accusers ... Read full review

This is a very good book. At first, I expected it to be sensationalistic, but it was a very even-handed look at the allegations of war crimes during the Vietnam War. The author interviewed many people ... Read full review 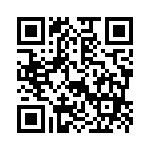