Aaron L. Friedberg is professor of politics and international affairs at Princeton University. He is the author of In the Shadow of the Garrison State (Princeton). 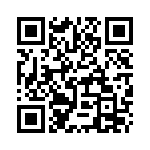