Carefully laid out account of this journalist’s work exposing the “Windrush” scandal. Despite the easy narrative style, and a gentle tone (eschewing the relish of being critical, more bafflement than ... Read full review

Amelia Gentleman's account of the 'hostile environment' and its impact on the Windrush generation is an outstanding piece of investigative journalism. It will change forever my perception of the ... Read full review

Amelia Gentleman is a reporter for the Guardian. She was named Journalist of the Year at the 2019 British Journalism Awards and won the 2018 Paul Foot journalism award for her reportage on the Windrush scandal. She has also won the Orwell Prize and Feature Writer of the Year at the British Press Awards. Previously, she was Delhi correspondent for the International Herald Tribune, and Paris and Moscow correspondent for the Guardian. Her first book, The Windrush Betrayal, was longlisted for the Baillie Gifford Prize 2019. She tweets at @ameliagentleman. 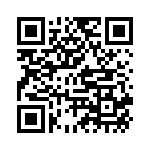