My thoughts: • I was pleasantly surprised on how much I enjoyed this book. It has been some time since I read a “Caribbean Classic” and I wondered how I missed this book as during the 80s and early ... Read full review

Remember reading this book as a part of my English Literature class. I enjoyed it then. Even got the chance to ask him about book.

EARL LOVELACE was born in Toco, Trinidad in 1935, and spent his childhood in Tobago and Port of Spain. His first job was as a proof reader with the Trinidad Publishing Company, and he later joined the Civil Service, serving first in the Forestry Department and then in the Department of Agriculture.His first novel, While Gods Are Falling, won him the BP Independence Literary Award which enabled him to study in the United States as visiting novelist at Howard University, Washington. It was followed by The Schoolmaster, a novel which drew on his experiences of rural Trinidad. The promise evident in these novels of the sixties was fulfilled in The Dragon Can't Dance, and The Wine of Astonishment which, West Africa magazine argued, 'put him in the front rank of Caribbean writers'. It was followed by a collection of plays, Festina's Calypso, which was published in 1984. 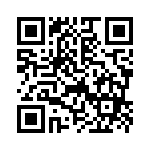