Not sure how many books filled with abject misery I want to read for pleasure. This was sad on an epic level but it lacked the counterbalancing compassion of A Little Life. I certainly couldn't recommend it to anyone even after the tacked-on happily ever after epilogue. Harsh. Read full review

Sunjeev Sahota’s Booker Prize-shortlisted novel is a dramatic discourse on the immigrant experience in the 21st century. The story follows the fortunes of three young men—Tochi, Randeep and Avtar ... Read full review

Sunjeev Sahota was born in 1981 in Derbyshire and continues to live in the area. His debut novel, Ours are the Streets, was called 'Nothing short of extraordinary' Observer. His second novel, The Year of the Runaways, was shortlisted for the 2015 Man Booker Prize and was awarded a European Union Prize for Literature in 2017. He is one of Granta's Best of British Novelists 2013. 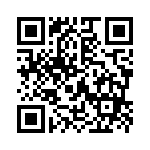