Jon Marks is Professor of Anthropology at the University of North Carolina at Charlotte. He is a past president of the General Anthropology Division of the American Anthropological Association and was the recipient of the AAA/Mayfield Award for Excellence in Undergraduate Teaching. He is the author of Why I Am Not a Scientist: Anthropology and Modern Knowledge (2009); What It Means to Be 98% Chimpanzee: Apes, People, and Their Genes (2002), which won the 2003 W. W. Howells Prize from the Biological Anthropology Section of the American Anthropological Association and the 2009 J. I. Staley Prize from the School for Advanced Research; and Human Biodiversity: Genes, Race, and History (1995). 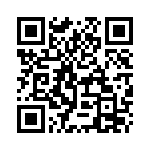