Read with caution: Adorno's methodology and conclusions have been questioned as being circular reasoning in ascribing certain negative personality traits to particular political ideologies. I don't ... Read full review

Theodor W. Adorno is the progenitor of critical theory, a central figure in aesthetics, and the century's foremost philosopher of music. He was born and educated in Frankfurt, Germany. After completing his Ph.D. in philosophy, he went to Vienna, where he studied composition with Alban Berg. He soon was bitterly disappointed with his own lack of talent and turned to musicology. In 1928 Adorno returned to Frankfurt to join the Institute for Social Research, commonly known as The Frankfurt School. At first a privately endowed center for Marxist studies, the school was merged with Frankfort's university under Adorno's directorship in the 1950s. As a refugee from Nazi Germany during World War II, Adorno lived for several years in Los Angeles before returning to Frankfurt. Much of his most significant work was produced at that time. Critics find Adorno's aesthetics to be rich in insight, even when they disagree with its broad conclusions. Although Adorno was hostile to jazz and popular music, he advanced the cause of contemporary music by writing seminal studies of many key composers. To the distress of some of his admirers, he remained pessimistic about the prospects for art in mass society. Adorno was a neo-Marxist who believed that the only hope for democracy was to be found in an interpretation of Marxism opposed to both positivism and dogmatic materialism. His opposition to positivisim and advocacy of a method of dialectics grounded in critical rationalism propelled him into intellectual conflict with Georg Hegel, Martin Heidegger, and Heideggerian hermeneutics. 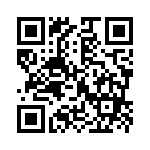