Long one of my favorite books, Moers is an excellent introduction to the subject of 'ton', exclusivity and exclusives, and the actual dandies. Well-researched and fair-handed, she does not commit the common error of confusing fictional dandies with real ones, and neither worships nor demonizes. A certain number of illustrations are useful in identifying the major players and places, and never inaccurate (I have seen some claiming an 1820s picture of a ball at Almack's contains Beau Brummell's portrait).
As with most extremely good books, it is difficult to comment on it in detail (unlike pointing out typical flaws in a bad book). It is unusual and valuable in that it does not focus exclusively on the men, but gives a well-rounded picture of the Almack's-centered world in which they moved, where the concept of "ton" was more important than money or birth, so that a son of a country squire like Brummell, or a penniless Irish poet like Moore, could be welcomed and at home, where many of title would not. It also deals in the body of literature about dandies and dandyism at the time, whether the "silver fork" novels like 'Pelham' (a delightful funny novel) and 'Granby' (far more serious about itself) or the French philosophy of "dandysme" invented by Barbey d'Aurevilly, who created, to embody his ideas, a fantasy version of Brummell (whom he insisted on re-naming Brummel even as he Gallicized his first name in 'Du Dandysme et de Georges Brummel,' 1845). Of course it includes d'Orsay, Wilde, and Beerbohm.
Beginning as Moers does in the late 18th century with Brummell, the phenomena does seem to spring up full-grown: I would recommend Jerrold's 'The Beaux and the Dandies' for tracing it from its origin in the restoration court of Charles II through the reign of d'Orsay, though it deals more with their position in courts than in exclusive societies which may ignore monarchs. Moers has the advantage of fifty years more of research by other authors, and I found her bibliography an excellent start on further reading. 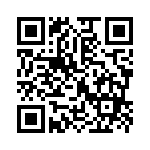