A well written book on the whole. This book takes a relatively unusual tack, in that it does not focus very much on the 'great leaders' of those times, but focusses a bit more on what happened on the ... Read full review

Painful Beginnings There are so many ways in which this story can be told, the truth, is often not one of them. Because the truth is too painful and too hard to imagine, because the truth doesn't give ... Read full review 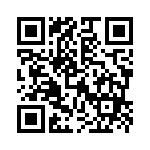