Ernst Hans Josef Gombrich, born March 30, 1909, in Vienna, Austria, was educated at Vienna University where he earned a Ph.D. His career includes terms as Slade Professor of Fine Arts at Oxford and Cambridge universities and as Andrew D. White Professor-at-large at Cornell University. Gombrich's books on art and art history have sold as well as some works of fiction. One of his most popular titles is The Story of Art, which has been translated into 18 languages and sold more than two million copies. Other titles are; Looking for Answers: Conversations on Art and Science (with Didier Eribon), Shadows: The Depiction of Cast Shadows in Western Art, and Gombrich on Art and Psychology. His numerous awards include the Erasmus Prize in 1975, the Hegel Prize in 1976, and the International Balzan Prize in 1985. He holds honorary degrees from various universities, among them Oxford, Cambridge, and Harvard, and from the Royal College of Art (London), 1981. 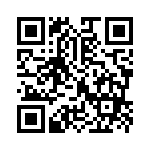