Review: Touching: The Human Significance of the Skin

I first read this book as part of my Montessori training. It's an interesting read; really just a collection and review of previous studies with a lot of the author's opinion and interpretation thrown ... Read full review

Ashley Montagu is a writer, editor, and anthropologist. He was born in London, England, on June 28, 1905. Montagu studied psychology and anthropology at the University of London and the University of Florence. For nearly twenty years, Montagu taught anatomy at New York University, Hahnemann Medical College, and Rutgers University. He became the chairman of the anthropology department at Rutgers. Montagu is the author or editor of more than 60 books. He has written articles for such magazines as The Ladies Home Journal and The Saturday Review. Montagu received numerous awards and honors, including the Distinguished Achievement Award of The American Anthropological Association and the Darwin Award of the Society of American Physical Anthropologists. 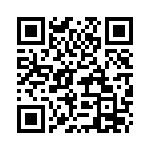