Rating: 2.875* of five The Book Report: Coming of age as an African-American lad in 1920s Alabama. Lightly fictionalized version of the author's memoir, [SOUTH TO A VERY OLD PLACE], which is superb ... Read full review

I am anxious to find out what Scooter is up to next. Solid Bildungsroman. Read full review

Albert Murray was born in Nokomis, Alabama, in 1916. He was educated at Tuskegee Institute, where he later taught literature & directed the college theater. He is the author of many works of fiction & nonfiction, including "The Seven League Boots", "The Blue Devils of Nada" & "The Spyglass Tree". He lives in New York City. 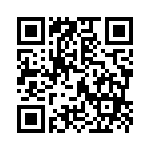