TROUBLE IN THE TRIBE: The American Jewish Conflict Over Israel

An examination of how American Jews' relationship with Israel has moved from unconditional support to critical engagement. Delving into the many divisive camps of opinion that have developed over ... Read full review

Dov Waxman is professor of political science, international affairs, and Israel studies at Northeastern University. He is the author of The Pursuit of Peace and the Crisis of Israeli Identity and the coauthor of Israel's Palestinians: The Conflict Within. 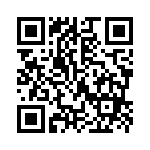