Patrick Seyd has lived and taught in Sheffield since 1970. He is the co-author, with Paul Whiteley, of Labour's Grass Roots (OUP, 1992) which sold over 2,000 copies. Paul Whiteley has previously taught at the University of Arizona and the University of Bristol. Jeremy Richardson is the editor of Pressure Groups (1993) which is a volume in Oxford Readings in Politics and Government,and co-author, with Sonia Mazey, of Lobbying in the European Community (OUP, 1993). 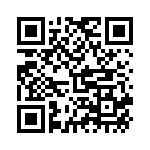