Karthika Nair is the author of several books, Until the Lions: Echoes from the Mahabharata, which won the 2015 Tata Literature Live! Award for Book of the Year (Fiction), and was highly commended at the 2016 Forward Prizes (UK). She has helmed the scripts of several dance productions, such as the multiple-award-winning DESH (2011), Akram Khan's dance solo. 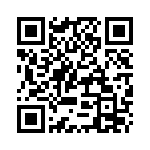