Theo Farrell is Professor and Executive Dean of Law, Humanities and the Arts at the University of Wollongong, Australia. Previously he was Dean of Arts and Social Sciences at City, University of London and, before that, Head of the Department of War Studies at King’s College London. Professor Farrell has published several books on military and strategic affairs. He conducted a number of studies in Afghanistan for British authorities and ISAF Command. He remains a Visiting Professor in War Studies at King’s College London. 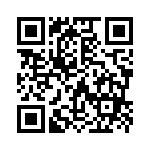