Charlotte Suthrell is an independent scholar living in Oxford. 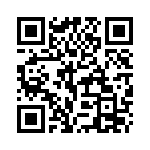