Bernadine Morris was born Bernadine Taub in Harlem, New York on June 10, 1925. She received a bachelor's degree in journalism from Hunter College and a master's degree in English from New York University. Before joining The New York Times in 1963, she worked for Women's Wear Daily, Millinery Research, Fashion Trades, and The New York Journal-American. She started as the Times as a fashion reporter and retired as the chief fashion writer in 1995. She wrote several books including The Fashion Makers and Scaasi: A Cut Above. She received the Medal of the City of Paris in 1985 and an award from the Council of Fashion Designers of America in 1987. She died on January 12, 2018 at the age of 92. 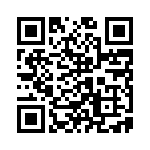