Stanley Karnow, born in New York City in 1925, served in the U.S. army in the China - Burma - India Theater during World War II, graduated from Harvard and attended the Sorbonne and the Ecole des Sciences Politques in Paris. He began his journalistic career in Paris in 1950 as a Time correspondent. He went to Asia for Time and Life in 1959 and subsequently reported from there for The Washington Post. He was a correspondent for the Saturday Evening Post, the London Observer and NBC News. While serving as an editor of the New Republic, he was also a columnist for Newsweek International King Features. Mr Karnow won the Pulitzer Prize in history for his book In Our Image: America's Empire in the Philippines.

His other books include Mao and China: From Revolution Revolution. He served as chief correspondent for the series "Vietnam: A Television History," for which he won six Emmys and shared in the Dupont, Peabody and Polk Awards. He was also chief correspondent and narrator of "The U.S. and the Phillippines: In Our Image."

A resident of Potomac, Maryland, Stanley Karnow is married, and has three children and two grandchildren. 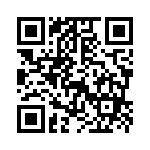