Leonard Nimoy was born Boston, Massachusetts on March 26, 1931. As a child, he acted in local productions. After taking a summer course at Boston College in 1949, he traveled to Hollywood. In 1951, he landed small parts in two movies, Queen for a Day and Rhubarb. His first starring movie role came in 1952 with Kid Monk Baroni. He was teaching Method acting at his own studio when he was cast as Mr. Spock in the original Star Trek television series in the mid-1960s. He continued to play the role in several Star Trek movies. He directed and helped write Star Trek III: The Search for Spock and Star Trek IV: The Voyage Home. He was the executive producer and a writer of Star Trek VI: The Undiscovered Country. He also directed Three Men and a Baby. He made records, singing pop songs as well as original songs about Star Trek, and gave spoken-word performances. His first album was called Leonard Nimoy Presents Mr. Spock's Music from Outer Space. He also provided voice overs for movies, television series, and computer games including the Ancient Mysteries series on the History Channel, Transformers: The Movie, The Pagemaster, Atlantis: The Lost Empire, and the computer game Civilization IV. During his lifetime, he wrote two autobiographies entitled I Am Not Spock and I Am Spock and a collection of poetry entitled A Lifetime of Love: Poems on the Passages of Life. He also published books of his photography including Shekhina and The Full Body Project. He died from end-stage chronic obstructive pulmonary disease on February 27, 2015 at the age of 83. 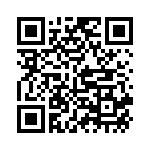