Hilary Kinnell worked with sex workers for 20 years, running an outreach project in Birmingham from 1987 to 1996, and from 1998 to 2004. She was also the co-ordinator of the UK Network of Sex Work Projects. 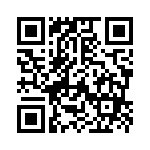