David Brody is assistant professor of design studies at Parsons, the New School for Design, and coeditor of Design Studies: A Reader. 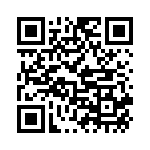