Ed Moloney is the author of A Secret History of the IRA and a former Northern Ireland editor of the Irish Times and Sunday Tribune. He lives in New York. 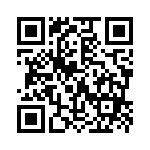