The author has spent many years in Africa, the Balkans and other locales in the company of mercenaries and so many of the chapters are first person stories of going on helicopter combat missions ... Read full review

Al J. Venter is a specialist military writer and has had 50 books published. He started his career with Geneva's Interavia Group, then owners of International Defence Review, to cover military developments in the Middle East and Africa. Venter has been writing on these and related issues such as guerrilla warfare, insurgency, the Middle East and conflict in general for half a century. He was involved with Jane's Information Group for more than 30 years and was a stringer for the BBC, NBC News (New York) as well as London's _Daily Express_ and _Sunday Express_. He branched into television work in the early 1980s and produced more than 100 documentaries, many of which were internationally flighted. His one-hour film, _Africa's Killing Fields_ (on the Ugandan civil war), was shown nationwide in the United States on the PBS network. Other films include an hour-long programme on the fifth anniversary of the Soviet invasion of Afghanistan, as well as _AIDS: The African Connection_, nominated for China's Pink Magnolia Award. His last major book was _Portugal's Guerrilla Wars in Africa_, nominated in 2013 for New York's Arthur Goodzeit military history book award. It has gone into three editions, including translation into Portuguese.

Frederick Forsyth was born in Ashford, England on August 25, 1938. At age seventeen, he decided he was ready to start experiencing life for himself, so he left school and traveled to Spain. While there he briefly attended the University of Granada before returning to England and joining the Royal Air Force. He served with the RAF from 1956 to 1958, earning his wings when he was just nineteen years old. He left the RAF to become a reporter for the Eastern Daily Press, Reuters News Agency, and the British Broadcasting Corporation (BBC). While with the BBC, he was sent to Nigeria to cover an uprising in the Biafra region. As he learned more about the conflict, he became sympathetic to the rebel cause. He was pulled from Nigeria and reassigned to London when he reported this viewpoint. Furious, he resigned and returned to Nigeria as a freelance reporter, eventually writing The Biafra Story and later, Emeka, a biography of the rebel leader Chukwuemeka Odumegwu-Ojukwu. Upon his return to England in 1970, Forsyth began writing fiction. His first novel, The Day of the Jackal, won an Edgar Allan Poe award from the Mystery Writers of America. His other works include The Odessa File, The Dogs of War, The Fourth Protocol, Devil's Alternative, The Negotiator, The Deceiver, The Fist of God, Icon, The Veteran, Avenger, The Afghan, The Cobra and The Fox. 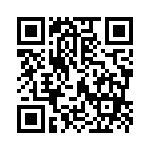