MAXINE SCHWARTZ SELLER is Professor in the Department of Educational Leadership and Policy and Adjunct Professor in the Department of History at the University at Buffalo, State University of New York. She has published extensively in Jewish history, immigration history, and the history of education. Among the books she has written or edited are To Seek America: A History of Ethnic Life in the United States, Immigrant Women, Ethnic Theater in the United States, and (with David Gerber, et al.), Identity, Community and Pluralism in American Life. Former President of the History of Education Society, she has also been elected to offices in the Immigration History Society, the American Educational Research Association, and the American Historical Association. 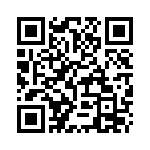