Adrian Bethune is a Healthy Body and Mind Leader, as well as a Key Stage 2 Leader and Year 4 Teacher at a primary school in Berkhamsted. He was awarded a 'Happy Hero' medal at the House of Lords on the UN International Day of Happiness in 2013, and has been on stage with the Dalai Lama and Lord Richard Layard in 2015 talking about teaching happiness in his school. Adrian has also been interviewed by numerous national newspapers and other press organisations, including The Telegraph and Teach Primary Magazine. 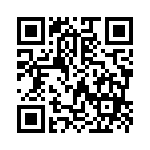