Michael R. Katz is C. V. Starr Professor of Russian Studies at Middlebury College. He is the author of The Literary Ballad in Early Nineteenth-Century Russian Literature and Dreams and the Unconscious in Nineteenth-Century Russian Fiction. Katz is also translator of many books, including The Five, Sanin, and What Is to Be Done? also from Cornell. William Wagner is Associate Professor of History and Chair of the Russian, Soviet, and East European Studies Program at Williams College. 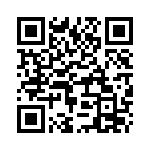