WHAT IT MEANS TO BE HUMAN: Historical Reflections from the 1800s to the Present

A scholarly look at more than two centuries of varying interpretations of what it means to be human.British historian Bourke (History/Birkbeck, Univ. of London; Rape: Sex, Violence, History, 2007, etc ... Read full review 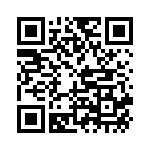