A provocative psychological study of why men batter women and why women take it. For years many battered women have suffered from the misperception that being beaten is somehow their fault. After a 10 ... Read full review 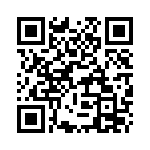