Kofi Atta Annan was born in Kumasi, Ghana on April 8, 1938. He was educated at Macalester College in St. Paul, in Geneva, and at the Sloan School of Management at the Massachusetts Institute of Technology. His first appointment with a United Nations agency was in 1962, at the World Health Organization in Geneva. He returned briefly to Ghana to promote tourism and worked in Ethiopia with the U.N. Economic Commission for Africa before returning to the health organization's European headquarters. He worked in senior human resources and budgetary positions in New York until the early 1990s. He was the head of the United Nations peacekeeping operations from 1993 to 1997 and was head of the United Nations from 1997 until 2007. He received the Nobel Peace Prize in 2001. His memoir, Interventions: A Life in War and Peace written with Nader Mousavizadeh, was published in 2012. He died on August 18, 2018 at the age of 80. 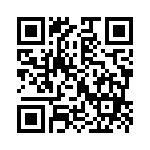