Great in the parts when it addresses the book's advertised point regarding a feminist reading of economic theory, but this covers only around a third of the book with more general economic criticism filling the rest. Interesting enough, if a little 101, but not what I signed up for. Read full review

Economic theory is based around the idea of Economic Man - a perfectly rational individual whose only relationships with other people are in trade or in competition (all traditionally masculine traits ... Read full review 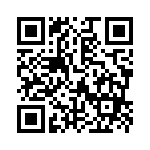