Who really cares: the surprising truth about compassionate conversatism: America's charity divide--who gives, who doesn't, and why it matters

The title of this book refers to the surprising find that the author came across in his research: conservatives are much more generous than liberals. This flies in the face of the conventional wisdom where even president Bush had to brandish his 2000 campaign as "compassionate conservatism". It turns out "compassionate" is redundant: conservatives of all stripes outflank liberalism when it comes to charitable giving and generosity. This is a very stable and robust find, and it turns out that it does not depend on the kind of charity: money, time, treasure, blood donations, secular or religious causes, in all those categories conservatives, especially the religious kind, are by far more giving and generous than anyone else. One of the great strengths of this book is the reliance on empirical, quantifiable, data and not case studies or the word of mouth. Even though the book is data driven, it is eminently readable and should be read by anyone who has even the slightest interest in public policy debate.

Page 2 - They have not only commercial and manufacturing companies, in which all take part, but associations of a thousand other kinds, religious, moral, serious, futile, general or restricted, enormous or diminutive. The Americans make associations to give entertainments, to found seminaries, to build inns, to construct churches, to diffuse books, to send missionaries to the antipodes; in this manner they found hospitals, prisons, and schools.
Appears in 275 books from 1835-2007

Arthur C. Brooks is President of the American Enterprise Institute, a public policy think tank in Washington, DC. He is the author of nine books, including The Battle, Gross National Happiness, and Who Really Cares. Until 2009, Brooks was the Louis A. Bantle Professor of Business and Government Policy at Syracuse University.

Previously, Brooks spent twelve years as a professional French hornist with the City Orchestra of Barcelona and other ensembles. He is a native of Seattle and currently lives in Bethesda, Maryland, with his wife Ester and their three children. 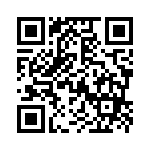