Edward Dutton is Editor at Washington Summit Publishers and an independent researcher based in Finland. Born in London in 1980, Dutton read Theology at Durham University before completing a PhD in Religious Studies at Aberdeen University in 2006. His research there was developed into his first book, *Meeting Jesus at University: Rites of Passage and Student Evangelicals*. He was made Docent of the Anthropology of Religion and Finnish Culture at Oulu University in 2011. In 2012, Dutton made the move to evolutionary psychology and has never looked back. Dutton has published in leading psychology journals including *Intelligence*, *Personality and Individual Differences*, and the *Journal of Biosocial Science*. Among other positions, Dutton has been a guest researcher at Leiden University in the Netherlands and Umeĺ University in Sweden, visiting professor of the Anthropology of Religion at Riga Stradins University in Latvia, and academic consultant to a research group at King Saud University in Riyadh, Saudi Arabia. Dutton's research has been reported on worldwide, by the *Daily Telegraph*, *The Sun*, *Le Monde*, *Newsweek*, among other publications, and his writings have been translated into Russian, Portuguese, Spanish, and Czech. Dutton can be found online at his award-winning channel *The Jolly Heretic*. He is married to a Finn, has two young children, and enjoys Indian cooking and genealogy. 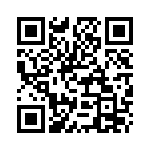