Jocelyne Cesari, is a political scientist, specializing in contemporary Islamic societies, globalization and democratization. She is Senior Research Fellow at the Berkley Center for Peace, Religion and World Affairs at Georgetown University. At Harvard University, she directs the international research program called 'Islam in the West." She has written numerous articles and books on Islam, Globalization, Democratization and Secularism in Western and Muslim-majority contexts. Her most recent publications include Encyclopedia of Islam in the United States (2007), Muslims in the West After 9/11: Religion, Politics and Law (2010), and The Awakening of Muslim Democracy: Religion, Modernity and the State (2013). 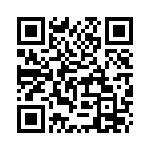