Derek Bousandeacute; received his doctorate from the Annenberg School for Communication, University of Pennsylvania, and is currently a filmmaker residing in Austria. 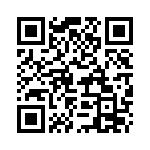