LOUISE EGERTON arrived in Australia from England in 1986 and fell instantly in love with the country's natural world. It inspired her to enrol at the University of New England and, while working full time as an editor for the natural history publisher, Reed Books, she completed her degree in zoology and botany and went on to write her first book, Know Your Birds, which went on to win a Whitley's Book Award for the best beginner's guide. As series editor, she also received a Whitley's Award for a collection of wildlife guides called Green Guides. Louise lives in the leafy Sydney suburb of Bilgola Plateau where she wrote Wildlife of Australia. JIRI LOCHMAN has a well-deserved reputation as one of Australia's most versatile and experienced wildlife photographers working today. He came to Australia in 1978. After settling in Western Australia and working for a short time at Perth Zoo, he and his wife Marie set up a photographic agency, Lochman Transparencies, which they continue to run in between photographic assignments. Jiri and Marie are recipients of the coveted Australian Geographic Award for Excellence in Photography. Jiri is also author and co-author of several 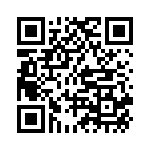