This important work compiles a significant amount of otherwise difficult-to-find information on women filmmakers working in all countries and all contexts, whether mainstream, independent, or ... Read full review

Page xx - The first blow against the monolithic accumulation of traditional film conventions (already undertaken by radical filmmakers) is to free the look of the camera into its materiality in time and space and the look of the audience into dialectics, passionate detachment.
Appears in 75 books from 1977-2007

GWENDOLYN AUDREY FOSTER is Assistant Professor of English at the University of Nebraska, Lincoln. She has written articles for journals and chapters for books on film and produced the documentary feature film, Women Who Made the Movies (1992). 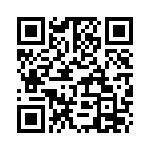