Reiko Tomii is an independent art historian and curator living in New York City. John B. Ravenal is the Sydney and Frances Lewis Family Curator of Modern and Contemporary Art at the Virginia Museum of Fine Arts. Wu Hung is Harrie A. Vanderstappen Distinguished Service Professor of Art History at the University of Chicago. Lydia Liu is Wu Tsun Tam Professor in the Humanities at Columbia University. Edward Melillo is Assistant Professor of History and Environmental Studies at Amherst College. 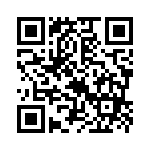