Elliott D. Sclar is Professor of Urban Planning at Columbia University, where he is also director of Graduate Programs in Urban Planning. An economist by training, he is a research associate at the Economic Policy Institute in Washington, D.C. Sclar is the co-author of several books, including Access for All: Transportation and Urban Growth and Shaky Palaces: Home Ownership and Social Mobility in Boston's Suburbanization. 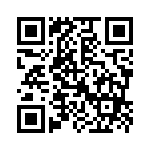