Born in Wimborne, Dorset UK and my love of the surrounding countryside had brought me into contact with many stories attached to many local locations and ancient sites. With a passion for walking the old by-ways this sparked an interest in those that had walked here prior. This prompted me into researching are social and constitutional history. My focus mainly being 17th Century but with an active eye on the present.

Stewart MacArthur is a Dorset based artist and has contributed to many illustrations regards The Clubmen. These can been seen via The Clubmen 1645 website. 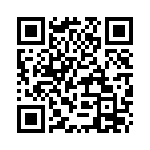