I think this book is great for children

ĀBorn in Dublin, OisĒn McGann spent a distracted childhood there and on a building site in Drogheda, County Louth.He studied at Ballyfermot Senior College and D·n Laoghaire School of Art and Design.

He established a career working in illustration, design and film animation, before deciding to move to London to make his fortune. He found himself a job as a security guard, watching over trains and then hospitals. OisĒn maintained a perfect record – not a single train or hospital was stolen while he was on duty. He went on to work as an art director and copywriter in advertising for a few years.

Returning to Ireland, he set himself up as a full-time author and illustrator, and has since written and illustrated dozens of books for all ages of reader, in genres ranging from science fiction to fantasy, from comedy horror to conspiracy thriller. He is married, with one wife, three children, two dogs and a cat. He now lives somewhere in the Irish countryside, where he won’t be heard shouting at his computer.

You can learn more about him and his work at www.oisinmcgann.com 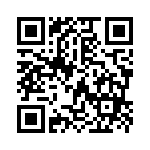