Wannaporn Rienjang obtained her doctorate in Archaeology from University of Cambridge. She is now Lecturer in Archaeology, Museum and Heritage Studies at the Faculty of Sociology and Anthropology, Thammasat University and a project consultant for the Gandhāra Connections Project at the Classical Art Research Centre, Oxford. Her research focuses on the art and archaeology of Greater Gandhāra, Indian Ocean Trade and ancient working technologies of stone beads and vessels.

Peter Stewart is Director of the Classical Art Research Centre and Associate Professor of Classical Art and Archaeology at the University of Oxford. He has worked widely in the field of ancient sculpture. His publications include Statues in Roman Society: Representation and Response (2003) and The Social History of Roman Art (2008). Much of his research concerns the relationship between ancient art traditions, particularly between Gandhāran art and Roman sculpture. 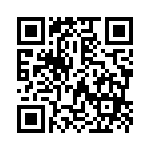