Formerly a mathematician in the Engineering Department and head of the Management Studies department at Cambridge University, Canon Roger Morgan has spent 24 years in parish ministry, serving first as vicar of St Columba’s, Corby and then as vicar of Holy Trinity, Leicester. Whilst in Cambridge Roger built up a ministry among both students and townspeople, and worked in partnership with Daniel Cozens of Through Faith Missions, planning and leading parish missions all over the country. During his time at Holy Trinity Roger built up a staff team of 10, planted a new church, developed a multimedia outreach programme called Questions, and established a network of cell groups involving over 600 people. After leaving Leicester Roger worked with the UK charity ReSource. He is now the Director of the Mathetes Trust. Roger is a Life Fellow of Corpus Christi College, Cambridge. Roger is married to Alison, also a well known author. 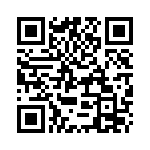