Bruce Rimell is a visual artist, poet and independent researcher, whose work explores the visionary, the archaeological, and the interactions of the cognitive and the ethnographic. His original academic background was astrophysics, but his love of ‘origins’ and regular interventions of migraine experiences since childhood led him upon a humanist quest towards prehistory, archaeology, the ethnography of myth and the evolutionary anthropology of human origins. The fusion of these elements led to a creative and synthetic approach to thinking about ourselves which forms the bedrock of his research, and indeed his perceptual world.

At length, he became an artist upon seeing that the painted image could act as an important vehicle for that approach, which seeks ultimately to bring the most ancient and primordial human archetypes into the modern field of experience. His art is now regularly exhibited internationally, and he is a member of several artist groups dedicated to widening awareness of visionary artforms, human rights and social issues.

His diverse research interests as an independent researcher include: the religious and ritual practices of the Minoan civilisation of Bronze Age Crete; the evolutionary origins of human symbolic cognition and its implications for twenty-first century epistemology; visionary and religious experiences in light of the cognitive science of religion and evolutionary psychology; the Palaeolithic art of Europe; the rock art of Southern Africa; the emergence of cognitively modern human behaviour and ritual culture in the African Middle Stone Age; queer-themed creative mythologies; ‘spiritual’ and creative practices as Beyond-The-Self Exploration; and the many-faceted symbolic meanings behind the world’s myth systems.

He lives delightfully in love with his husband Chris just outside the twin cities of Leeds-Bradford in the U.K. where the urban sprawl meets the wild moorland.

The work in this electronic publication represents a forerunner to his ongoing series of explorations towards a more holistic philosophy of human thought, perception, creativity and experience, entitled Visionary Humanism, and which occupies the principal directions of his independent research at the present time. 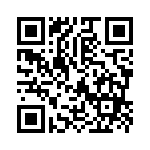