An enjoyable story, but I don't think I'll remember it a year from now. I see there are two more books in the series. Not interested. Read full review

S.E. Anderson can’t ever tell you where she’s from. Not because she doesn’t want to, but because it inevitably leads to a confusing conversation where she goes over where she was born (England) where she grew up (France) and where her family is from (USA) and it tends to make things very complicated.

She’s lived pretty much her entire life in the South of France, except for a brief stint where she moved to Washington DC, or the eighty years she spent as a queen of Narnia before coming back home five minutes after she had left. Currently, she goes to university in Marseille, where she’s studying Physics and aiming for a career in Astrophysics.

When she’s not writing, or trying to science, she’s either reading, designing, crafting, or attempting to speak with various woodland creatures in an attempt to get them to do household chores for her. She could also be gaming, or pretending she’s not watching anything on Netflix. 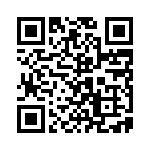